TAKE CHARGE OF YOUR HEALTH

Give me 6 weeks.
I'll give you back your youth and vigor.
That's a promise! 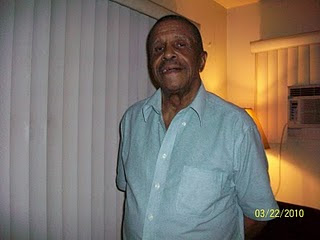 Eastern Wisdom meets Western Technology with my Fountain of Youth System in 2010!

Charles Galloway had a stroke five years ago and was on 15 different medications. He had been home bound most of the time since then. He had a walker by his side and his cane close by. Charles is one of the few people that did the program and system exactly as I recommended. He was committed and wanted results.

CHARLES'S SUCCESS STORY
Charles started my program and system February 23, 2010. I asked him, "What do you want?" He replied, "I want to be able to walk again to the store a few blocks away, walk up the stairs across the street to visit my neighbor, and go on a trip with my girlfriend by June 2010 (without worries about incontinence (bladder issues) ."

I knew Charles was determined to follow my instructions, because he had a goal and he was ready to LIVE INTO what seemed like a dream - by taking action - to get the measurable results he wanted.

I had researched many products and supplements since 2005. I chose XANGO brand mangosteen juice as my #1 product. The reason is that choose XANGO brand is a category creator - it is real, whole food mangosteen pureed with the entire fruit in the bottle. It is not from concentrate or reconstructed. I have used the foods and supplements myself and have my own success story. I have also provided them to family, friends and clients for years. I created a system which included the BEST of the BEST into my Fit for Life Healthy - Fountain of Youth System to deliver fast MEASURABLE RESULTS.

This is an EDUCATION, mentoring, coaching and training program. I teach my clients how to recover their health, vitality, clarity, youth and vigor. I teach them what to buy, what to eat, what to drink, and in addition how and where to shop for whole Fountain of Youth foods. I have three requests from my clients:
1) Follow my instructions to TRANSFORM your HEALTH
2) Pay it FORWARD - refer 5 people you care about who want to recover their health
3) Join me the Self Care Health Care Revolution to create health AWARENESS for yourself and others using
FOOD THERAPY instead of drugs and medication.

Week I - Charles had drooping eyes, fatigue, cloudy mental state, and could barely lift himself out of his chair or walk. Charles was home bound and had to use a walker or cane. I observed it was difficult for him to move or get out the his favorite chair. Yet, Charles was very positive and while his body was failing him his spirit was high and he was lighthearted.

Charles started on my Fit for Life Healthy - Fountain of Youth System on February 23, 2010. My Fit for Life Healthy FOY System requires superior high grade supplementation which accelerates repair and rejuvenation process. My FOY foundation meals require Baby Bok Choy, Shitake Mushrooms, Sea vegetables and seaweed as well as some Tofu. any green leafy vegetables can be added as well. I recommend XANGO to remove inflammation from the body. I use GT Dave brand and the Synergy KOMBUCHA which is for digestion and the stomach. This is the #1 drink to balance the stomach and energy after a meal or between meals. I also recommend my Acupuncture in a Bottle - Tonic Oil for the circulation of legs and feet, for pain and topical relief for his right thumb joint.

Week I - Starts with XANGO to kick off the cleansing phase. We also start working on retraining the brain and removing old bad habits in attitude, diet and exercise. We introduce more supplements in week 3. Charles wanted to start his program on all the supplements available - to kick in the repair phase ASAP. Besides XANGO for DETOX and to clean the Liver/Gallbadder (part of the Lymphatic System) first. He drank the tea formula and included my special CUSTOM Blend meal and custom made  XANGOaid Reserve that include other supplements. The GO GREEN FOOD THERAPY SYSTEM includes a FOY soup with Baby Bok Choy and Shitake Mushrooms for soups and sautéed meals.

Week II - When I returned the following week Charles was very happy. He felt better already and his eyes were bright. The pain in his thumb had gone. Week two began the repair phase which includes balancing the systems, repair, rejuvenation, and regeneration process. Charles stayed true to the plan.

Week III - After the second week to my surprise when I arrived the walker was outside. Charles shared that he had exercised by walking in his cul de sac. He also noticed his skin looked better, clear and he felt better.

Week IV- After the third week when I arrived, his walker was still outside. Upon entering Charles stood up without struggling to get out of his chair. He pulled up his shirt to show me he had lost weight. Charles started hitting his stomach declaring he was developing a "6 pack"! He told me he was following my instructions and had continued to walk daily using his walker in the cul de sac of his street.

Week V - After the fourth week when I arrived to my surprise Charles was standing in his kitchen door with his chef apron on! He was making his soup and walking around without difficulty! (My heart was filled with joy and I wanted to cry.) He said, "Look at me! Look at my skin. I am getting younger." Charles told me he had walked to the local grocery store three blocks away for the first time with his walker. The goal was to walk without his walker. He was filled with joy and so was I.

Week VI - After week five Charles looked great and felt healthy. Charles told me he had walked to the nearby store for the first time in five years without his walker! He told me he was going to give his cane and walker away. He had also walked to a neighbors, and walked up a flight of stairs for a visit. He had not been able to do that in five years since his stroke!

Exit Visit - After the sixth week you would not know that Charles is 80 years old and had been homebound just a six weeks ago. Charles was in the kitchen making his FOY soup when I arrived. He now uses his 24 Hour Fitness membership and does the water aerobics. He went for his check up and is off of all of his medications (about 15 different pills) except for one.

In my opinion there is no way Charles could have recovered this fast without his commitment and dedication to his plan and my Fit for Life Healthy FOY System. Yes, "Eastern Wisdom meets Western Science Supplementation System - GO GREEN - GO XANGO!

I am honored and grateful to have met Charles Galloway and given the opportunity to help him recover his health, vitality, youth and vigor. He is looking good and active again. He will be able to take a trip in June anywhere he would like! We both are BLESSED INDEED!

If you know of anyone who could benefit from my Fit for Life Healthy FOY Food Therapy Program and Transformation System please PASS THIS ON. Always at your service. 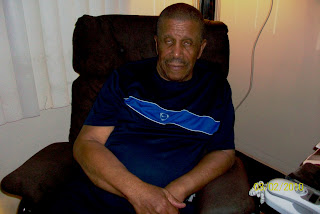 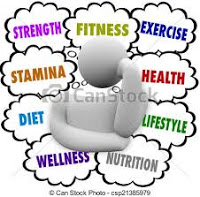 ORDER from Acupuncture in a Bottle: Increase CIRCULATION. Stop Pain, Cramps and Spasm from Diabetes

Order both XANGO and TONIC OIL

There is a fountain of youth, and it is circulating in the Qi/Chi of live whole foods flowing through bok choy, the likes of shitake mushrooms, high quality supplements and the Five Tibetan exercises.

GOT DIABETES or PAIN? Give Me 6 Weeks - Leave the Disease with Your Doctor

Self-Care Health Care - You Take Charge of Your Own Health

TRANSFORM your HEALTH WEALTH and PROSPERITY

Spend an Hour, a Day or a Weekend with Saquina. Something Wonderful will Unfold

Saquina Akanni
Thank you for visiting my site. I am a Transformational co- author with Deepak Chopra and Dr Wayne Dyer in the book "Wake Up and Live… Seizing Your Success". I am a practitioner of Chinese Medicine, student of Quantum Medicine and advocate of Quantum Thought and Emotional Intelligence. I am uniquely qualified to guide you to realize your True Self, transforming my own life issues overcoming M.P. D (Multiple Personality Disorder). My approach starts with the heart to awaken the Spirit and inspire the soul for total recall of “Who You Are” and your innate purpose. I use Transformation Technologies, Food Therapies, and Fountain of Youth energy healing systems. I am also acknowledged in my mentors Mark Victor Hansen and Robert Allen book “Cash in a Flash”. An expert in health, and nutrition, I share my wisdom and knowledge with you, your family and even your pets. Age is just a number. I am happy, healthy and forever young at 65. Little "Einstein" Jabril, my grandson is one of my greatest gifts. I am at your service. Something Wonderful is Unfolding for YOU - Saquina Akanni, The Prosperity Doctor, CONTACT ME - drakanni@gmail.com